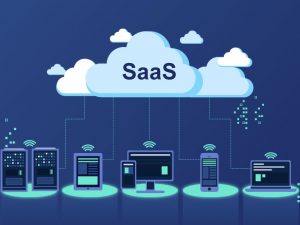 Software-as-a-service (SaaS)-based applications are at the center of most organizations that want to run efficiently and effectively— but they’re not perfect.

A study conducted by Qatalog in collaboration with Cornell University’s Ellis Idea Lab, surveyed three separate groups of 1,000 participants. The report shows that more than 56% of respondents said they’re struggling to keep track of information across multiple platforms.

Additionally, employees are wasting an hour every day trying to find information hidden within apps, with 60% of people saying it’s hard to know what colleagues are doing, while 43% said they spend too much time switching between different work apps like Slack and Zoom.

The research is released as part of Qatalog’s Work isn’t Working campaign, which looks to “protect people from an onslaught of new workplace technology and the hangover of ineffective pre-pandemic working practices.”

The campaign offers a Modern Work Index, where people can benchmark their own workplace against core principles of trust, flexibility, focus and belonging, find out what needs to be improved, and get practical advice on how to do it.

For a while now, it’s been understood that complications with SaaS tools have led to productivity loss, but not because of the sheer immensity of apps adopted by companies. For many enterprises, everytime an SaaS application has gone down, it’s been a detriment to their bottom line and productivity.

In a typical day, people claim to lose on average 59 minutes trying to find information across tools like Google Workspace, Dropbox and Slack. This tallies up to 5 hours of wasted time every week. Technology is hindering talented workers’ knowledge, according to Tariq Rauf, CEO and founder of Qatalog. “In many ways, we’ve replaced the commute [to work] with mindless busywork trying to find it,” he said.

Qatalog’s findings are immense, but ultimately comes down to this: 89% of respondents said their work life has gotten worse because of this digital chaos. Meanwhile, 7 in 10 people said there could be more efficient ways of using technology to get work done.

The most shocking fact about all of this is that most of us have been led to believe that IT is supposed to make employees more productive, not less. However, studies are increasingly showing that there is no correlation between more SaaS applications and productivity. And more than ever, it’s time to find new solutions. 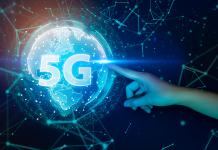