Home Leaders Salesforce May Join The NFT Craze With Cloud Marketplace — But Not... 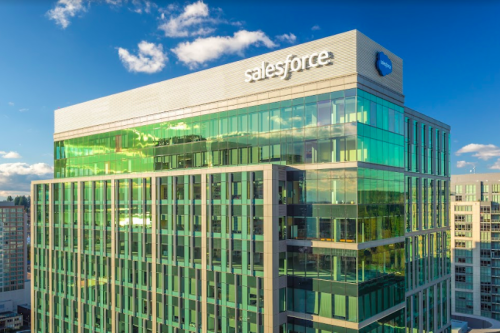 Among the concepts introduced into the cultural vernacular in 2021, few have captured as much attention as non-fungible tokens, better known as NFTs. The idea is about as simple as the blockchain itself — a challenge for the uninitiated, to say the least. Despite the unclear nature of NFTs, the technology is exploding, and digital assets are being traded for massive amounts of money, both real and crypto. Now, companies are jumping into the mix, with Salesforce co-CEOs Marc Benioff and Bret Taylor announcing to employees their plans to release an NFT Cloud. The company wants to create a marketplace to create, mint, and sell NFTs, like the popular digital art that has become ubiquitous.

But Salesforce’s plans have been met with considerable criticism from its own workforce. Employees of the tech giant have united in large numbers against such a platform, citing the many criticisms of NFTs — the negative environmental impact and the volatile nature of crypto and other blockchain-based assets, for example. Additionally, the NFT market is especially vulnerable to fraud and theft; OpenSea, a prominent NFT marketplace, was recently the victim of a phishing attack that cost users approximately $1.7 billion. Despite the risks, celebrities and public figures have joined corporations and blockchain enthusiasts in launching their own NFTs, further elevating the marketplace’s public visibility.