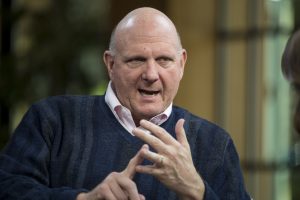 Steve Ballmer, former Microsoft CEO and current owner of the Los Angeles Clippers, is entering the NBA’s “arena wars” with the announcement and groundbreaking of the Intuit Dome—the team’s new home, brought to you by the makers of TurboTax and QuickBooks. The 18,000-seat complex will be the Clippers’ first solo home arena since 1999, when it joined the Los Angeles Lakers at the then-new Staples Center. More importantly, the Intuit Dome will provide Ballmer with a larger basketball and entertainment revenue opportunity in the Los Angeles area; it’s also part of a strategic partnership between the franchise and Intuit, its new naming rights sponsor.

Ballmer, the energetic and optimistic owner, is a courtside staple at Clippers game, and his incessant cheerleading has led to a partnership that more closely resembles corporate cooperation than a sports deal. Intuit could be paying as much as $500 million for the 23-year naming agreement, which may help Ballmer offset some of the arena’s reported $1.2 billion price tag. Arena naming rights have become a modern method of marketing for many major companies in sectors like tech and financial services. In 2016, JPMorgan Chase & Co. paid $300 million for the naming rights of the Golden State Warriors’ new San Francisco arena, for example. The new arena is being built in Inglewood, California, and is slated for completion in 2024.