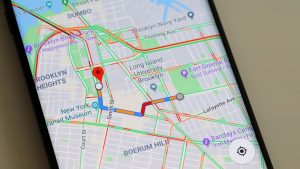 Apple co-founder and tech entrepreneur Steve Wozniak is joining the corporate space race, but not in the same lane as Jeff Bezos and Elon Musk. Wozniak, joined by engineer and executive Alex Fielding, is launching Privateer Space, a venture that the co-founders hope to build into “Google Maps for space.” While big names like Blue Orbit and SpaceX are concentrated on commercial spaceflight, there exist several smaller companies intent on cleaning up the orbital skies. However, according to Fielding, nobody knows the exact locations of the space trash that needs to be removed. That’s where Privateer hopes to bridge the gap by identifying, assessing, and tracking debris among the thousands of satellites in low orbit surrounding Earth.

The company will be launching its first satellite, the “Pono 1,” in February 2022. The small spacecraft, roughly the size of a computer case, will be equipped with 42 sensors—12 optical cameras and 30 non-optical sensors—and conduct its tracking in the atmosphere for four months. A second device launch will happen soon thereafter; Privateer has already lined up a launch partner and received all necessary approvals for both launches. Fielding revealed that the company has just begun working with Astroscale, an orbital logistics and servicing startup that is the first to successfully demo a space junk removal satellite, and that Privateer has also signed a partnership with the U.S. Space Force.