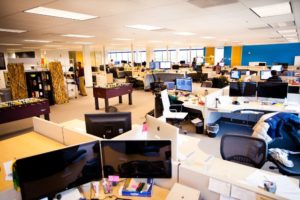 While the seven-year-old company’s Chief Executive Ramin Sayar has not committed to an IPO timeline, he has indicated that a public debut would be the next logical step for the tech firm given the size of the recent investment.

While the CEO did not discuss valuation, Sumo Logic’s total funding now amounts to $235 million, including $80 million from a fundraising round about two years back.

Investors are bullish on Sumo Logic’s ability to tap into the booming high-tech data analysis sector, as the firm helps companies monitor their log data, along with their event and time series data. The platform then applies the data to security and threat detection as it offers enterprises a comprehensive picture of what’s going on across their networks in a cloud-native package.

Sumo Logic says it lists over 1,500 customers and 30,000 active daily users as it analyzes about 100 petabytes of data daily. Customers sprawl across industries, including big names such as Toyota, Airbnb and Delta. Moving forward, the pure cloud solution company will expand into monitoring the Internet of Things (IoT). As the amount of data Sumo Logic processes for businesses grows, the better its machine learning models will get at understanding patterns within the data.

Sayar has also hinted that the firm could move into the high growth application performance management (APM) space on the heels of Elastic’s purchase of SaaS APM platform Opbeat last week.