Home Capital Thoma Bravo At It Again: Rumors Abound That It Wants To Buy... 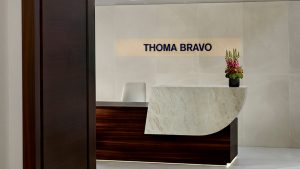 Over the past week, reports have surfaced that Thoma Bravo is in early-stage discussions with McAfee’s owners TPG Capital and Intel about acquiring it. Intel paid $7.7 billion for McAfee in 2011 and sold a 51% stake to TPG for $4.2 billion in 2017. It’s not clear if anything will come of the talks, but it does mesh with the recent activity emanating out of the veteran PE firm.

Take its November acquisition of Veracode, which operates a software as a service platform that helps security professionals and software developers identify and fix defects in software applications. When Thoma Bravo acquired it from Broadcom, the San Jose, California-based semiconductor company, Chip Virnig, a partner at Thoma Bravo highlighted the need for companies to better secure their software and applications as the hackers get much more sophisticated and creative in their attack methods. “Applications need to be built with security in mind day one, and we see a significant, growing market opportunity for Veracode product offerings,” the PE firm said when announcing the acquisition.

But it's not the only cybersecurity-focused buy the PE firm made this year. In October, it announced it was acquiring Imperva, the cybersecurity company that secures enterprise data and application software in a $2.1 billion deal. Rumors have also swirled that Thoma Bravo is in talks about acquiring Symantec, although nothing has come of that yet.

The push on the part of Thoma Bravo to snap up cybersecurity firms is driven by the realization that companies of all types are churning out applications that are becoming targets for hackers and state-sponsored bad actors. At the same time that their applications are at risk, many companies are moving data to the cloud, making securing software a critical component of operations. There’s also increased regulation and calls on companies of all sizes to do a better job protecting customer data. That, in turn, is expected to drive more investments in that area and thus the interest in cybersecurity companies from the likes of Thoma Bravo.

The private equity firm is no stranger to cybersecurity investments and acquisitions. To date, the PE firm has completed more than 30 acquisitions of enterprise security companies including high profile players such as Barracuda Networks, BlueCoat Systems, SonicWall and Entrust.