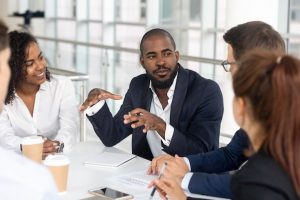 There are two clear trillion-dollar enterprise markets in the software industry — public cloud and SaaS — however, experts are suggesting that the next boom is already on the way. Developer-focused software companies like Twilio, Splunk, and Snowflake, put their products in the hands of developers.

In a developer-focused world, companies that sell flexible, collaborative products and platforms to help power software development will create significant market value in the years to come. Though, one of the biggest challenges for developer-centric companies is actually selling and marketing their products successfully to developers.

It starts with winning them over. “Stop having campaigns and [instead] study, understand, and gain knowledge about the places developers meet, code, and discuss solutions they need,” writes Seattle, Washington-based coder Adron Hall in a blog post. Hall goes on to encourage companies to “message and talk to developers in the places they organize online [and] in real life.”

Similarly, Sam Richards writes for TechCrunch that it’s better to just “hire someone who’s passionate about the product,” and try unconventional methods, whether that’s encouraging meetups, publishing blog posts and listicles, or giving away swag.

For many marketers, these suggestions may seem strange but traditional marketing and developers don’t mix. What successful developer-centric software companies have done is won over developers before even selling them anything.

One example is GitHub, which has arguably won the allegiance and preference of developers. With over 38 million developers, it is by far the largest community of developers in the world. Spanning from open source and personal projects to the work of large enterprises, GitHub is used by over 2.1 million companies and contains over 100 million software repositories.

While it may be impossible to recreate what GitHub has done, there are some things a developer-focused company can offer prospective customers to build some trust and eventual loyalty. Forgo demos for free products, free trials, and freemium-based subscriptions. Create viral developer-oriented documentation, targeted podcasts, articles, and developer customer panels and forums to generate awareness, educate the community, and build a pipeline of new users. But most of all, being a developer-first company means that the internal processes, systems, and language, including the sales effort, must adapt to the end-users’ needs.