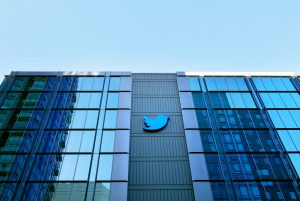 In response to allegations of racism and other prejudices, Twitter announced a new program that hopes to recruit the hacker community in an effort to spot and fix apparent racial and gender bias in its image-cropping algorithm. The “bug bounty program” is a competition sponsored by the social media platform, offering cash rewards of up to $3,500 to successful programmers that can identify and resolve hidden racial biases in the algorithm. The announcement came as part of the popular hacker conference DEF CON, which took place in Las Vegas during the first weekend of August.

The platform’s image cropping biases were first identified by Twitter users in September 2020, but Twitter’s public efforts to correct the algorithm only surfaced this past May. The new bounty program is meant to incentivize coders outside the social media company to find problems Twitter cannot identify. Bounty programs like this are not new; Google, Microsoft, Mozilla, and more have used financial incentive programs to recruit outside programmers to address problems and vulnerabilities. Twitter users found that the algorithm largely preferred white individuals over Black people and favored women over men. The challenge has closed to new entries as of August 6, 2021.