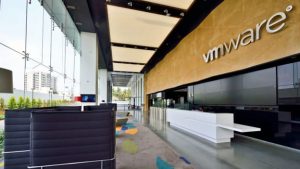 Cloud computing company VMware has announced Project Capitola, a vSphere-based, software-defined memory implementation. It will aggregate tiers of different memory types, such as DRAM, PMEM, and NVMe, as well as other future technologies, in a cost-effective manner, hoping to deliver a uniform consumption model that is transparent to applications. The project is intended in part to relieve data center bottlenecks brought on by higher workloads and insufficient use of memory, which can negatively impact performance. By virtualizing different kinds of memory into a single logical tier, applications can access more memory than there is DRAM in their host physical server without having to use different coding methods.

VMware hopes that software-defined memory could lead to the creation of "memory servers"—boxes filled with memory that is shared among the hosts in a cluster. According to the company, Project Capitola will be enabled for on-premises data centers and the cloud by bringing together a broad ecosystem of memory and server vendors. The project is still in the technology preview phase for now, but VMware is working with Intel to deliver the product to market.