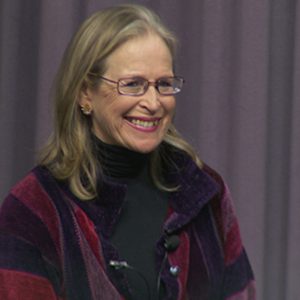 As one of the first women in Silicon Valley, Gould was fierce about forging her own path and she made no apologies for doing so. She was a physicist-turned-venture capitalist who sparred with the industry’s best and often seized victory even when the odds were against her.

Gould graduated from the University of Toronto with a bachelor of science in physics with plans to be a modern-day Marie Curie. After working for the Argonne National Laboratory for five years, she began to wonder if a career in science was really her speed. Gould went back to school and earned her MBA from University of Chicago’s Booth of Business in 1978.

“When I was where you are…I didn’t have a plan – but I did have an aspiration,” Gould shared with graduates in a 2014 commencement speech. “I wanted to go to Silicon Valley and I wanted to work in startups.”

Once she landed in Silicon Valley, Gould politely passed on job offers from Apple, Intel and Tandem to work at the smallest company she could find. It was 1982 when she met Oracle founder Larry Ellison, an eccentric entrepreneur bent on world domination in the software sphere. Gould joined Ellison’s team of twenty people as his director of marketing and described Oracle’s early days as an intoxicating mix of “rowdy and chaotic and wonderful.”

Once described by IT entrepreneur Steve Blank as “twice as smart and just as tough as the guys,” Gould had no problems going toe-to-toe with Ellison. She spent a tumultuous two years with the CEO – butting heads and building a company. “I was once fired and rehired by Larry Ellison in the same day!” she said. “I’ve seen him literally spitting mad.”

Just eighteen months before Oracle made their IPO, Gould left the company to start her own firm. She may have left some millions on the table when she said sayonara to Oracle but the venture capitalist was not a big believer in regrets. Gould had intimated her personal net worth at “more than $20 million and less than $100 million” but, she said, “there’s nothing I could do with $100 million that I can’t do with what I’ve got.”

Gould settled on the idea that venture capital would let her blend her love for beginnings with her passion for technology but again, the world was not cooperating. She joined the now defunct Merrill, Pickard, Anderson and Eyre in 1989 and worked there until two of the partners set off to start their own investment firm in 1995. Again, Gould was without work.

Despite being well on her way to her goal of 90 percent internal rate of return (IRR) in her investing career, Gould couldn’t catch a break. She spoke about her search for another venture capital firm with a degree of candor not usually found amongst the smooth-talking investment set.

“I had IPOs and acquisitions and good things happening, so I talked with firms. I was picky, but there were six or seven firms I would have joined,” she said. “They were all d_cking around, though, and I could see it would take a year for me to get a job with these guys. Meanwhile, I know if I’d been a guy with my numbers, I would have been snapped up in a week.”

She wasn’t interested in waiting around for someone to figure out she was a good bet. “Instead, after a couple of months, I thought, I’ll start a fund, and I had the money raised in three months,” Gould explained. “As it turns out, half or maybe more of the CIOs at [a lot of these institutional investors] are women. I’m really glad, too. I loved doing it my way.”

In 1995, Foundation Capital was founded and the inimitable Kathryn Gould made her mark doing what she does best – going around the walls that others built in her path. Her venture capital firm went on to be early investors in Netflix, Envestnet, Financial Engines and Lending Club. By 2015, they were managing over $2.7 billion in funds invested across financial services, software companies and other tech-based businesses.

As for Gould, she started another chapter of her life in 2009. She left Foundation Capital and bought Battle Mountain Vineyard with her husband. Gould spent the rest of her life flying planes, learning to paint and becoming the best at making cabernet sauvignon. In 2015, Gould passed away from cancer at 65 years of age. 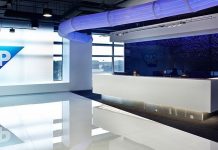