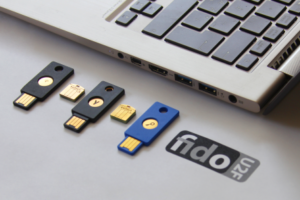 Yubico, a provider of authentication and encryption hardware for major Internet companies, has received $30 million as it plans to expand into more advanced software and services. The latest capital inflow marks the first major institutional funding round for the Palo Alto-based tech startup, which had previously only raised $4.5 million from angel investors. New investors include New Enterprise Associates, the Valley Fund and Bure, a leading growth equity firm from Sweden. Existing investors include Marc Benioff, Salesforce CEO, and Ram Shriram, Yubico Chairman and Google founding board member.

“With limited angel funding we have built a solid security hardware platform, co-created a new global authentication standard, and won the world’s largest Internet companies as our customers,” said CEO and founder Stina Ehrensvard. The CEO says Yubico, known for its YubiKey two-factor authentication hardware key, will use the funds to scale its product development team and build out advanced software and services, including for IoT, payments and server encryption. The company currently has offices in Sweden, the U.K., Germany, the United States, Australia and Singapore.

Pete Sonsini, general partner at NEA, highlighted Yubico’s strong customer list, including nine of the top ten Internet companies. Over the past few years, the ten-year-old firm has teamed up with some of the world’s largest online service providers including Facebook, Google and Salesforce, as it worked to make its YubiKeys a standard security measure for online accounts. The company also offers an ultra-portable hardware security module called the YubiHSM, designed to protect sensitive data inside standard servers.