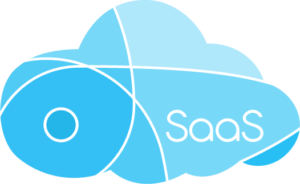 The rise of the SaaS industry has continued to captivate the business community at large given the impressive growth rate it has sustained over the past three decades.  We are now entering a new era where thousands of SaaS companies both new and old are creating solutions to address every conceivable business need.  The industry’s strong momentum into an even brighter future is hard to refute; and SaaS executives and investors are keen to play bigger and bolder roles as the industry evolves.

SaaS, which stands for Software as a Service, differs from traditional software in that it is deployed and made accessible to users over the internet (or in the “cloud”).  Traditional software in comparison is deployed “on-premises” meaning the software is implemented on the premises of a business client on their own servers whereby employees access the software through a desktop interface connected to a local network.

Helping to fuel the industry’s growth is a wide range of investors including venture capital, growth equity, private equity, asset managers, hedge funds as well as individual investors among others.  Those who are familiar with the sector and who understand its potential are participating based on their own unique investment methodology.  What they have in common, however, is their commitment to reaping the rewards the industry has to offer.

Currently the traditional enterprise application software industry is estimated at generating approximately $300 billion annually.  By comparison, the emerging SaaS industry, a subset of the overall “Cloud Services” market, generates $46 billion annually and is expected to grow to $76 billion by 2020, (Gartner Says Worldwide Public Cloud Services Market to Grow 18 Percent in 2017).  Usage of traditional enterprise software, on the other hand, is anticipated to decline as companies experience the many benefits of SaaS including its lower relative cost compared to traditional software, its continuous and seamless platform technology upgrades, and the increasing trust in security protocols offered by cloud providers.

Cost Comparison of SaaS vs. Software

The below chart compares the cost of traditional (on-premises) software versus a SaaS (cloud computing) solution.  Note the total cost of ownership of traditional software can be more than twice as much as SaaS, driven by the need for the company to purchase, install and maintain their own hardware as well as hire their own technology staff to implement, customize and maintain the software.  Over time, the cost incurred to support operating traditional software far surpasses the actual cost of the software license. Salesforce is perhaps the most notable pioneer of the SaaS model.  Founder Marc Benioff famously declared “the end of software” as he began building his customer relationship management company (CRM) in the late 90s.  Salesforce went public in 2004 and today has a market capitalization of $76 billion and generates over $10 billion in annual revenue. ServiceNow and Workday are a couple other notable SaaS companies with market capitalizations of $21 billion and $22 billion, respectively.

Marc Benioff’s Grand Vision on The End of Software; The Rise of Salesforce

SaaS and software can be compared in more detail by their revenue models – how they charge their customers.  A SaaS revenue model entails a monthly or annual user fee where the user’s cost of entry to gain access to the software is materially lower compared to purchasing an on-premises license.  SaaS contracts can also include an up-front implementation fee depending on the customer’s desire for customization and business specific needs.  SaaS contracts can be set for certain time frames such as one year, two year, or three year terms and include automatic renewals.  The main characteristic of the SaaS revenue model is that the software is managed by the provider in the cloud and its customers are granted access during the term of their contract.

Traditional software, on the other hand, is offered on a license and maintenance agreement whereby the customer purchases a license to the software and in addition pays an ongoing maintenance fee ranging from 15 to 20% of the license cost in order to receive software updates or have access to service assistance form the software provider.  The customer is responsible for its own hardware/servers and employing its own staff to ensure the software is operating appropriately at all times.  In most cases, the up-front cost of a license represents a significant budget decision by a prospective customer and entails executive or key person involvement.  In contrast, a monthly SaaS fee frequently falls below the budget threshold of a prospective client and is easier for an organization to approve and adopt.

SaaS in the Cloud

SaaS is a subset of the overall “Cloud” market and perhaps another way to understand the difference between on-premises and SaaS as well as the other cloud solutions in between is with the chart below.  Note that the term “Cloud” encompasses the three columns to the right of “On-Premises” describing Infrastructure as a Service, Platform as a Service and Software as a Service.

While the number of public pure play public SaaS companies is limited compared to other sectors, it is important to note that traditional software companies that are public also offer SaaS solutions and increasingly so.  For example, Microsoft’s Commercial Cloud annualized revenue run rate now exceeds $18 billion and is well on track to achieve its targeted $20 billion by 2018.  (Microsoft just passed a huge cloud milestone)

In total, there are over 50 publicly traded SaaS companies representing over $225 billion in aggregate market capitalization.  As of August 31, 2017, the median enterprise value / 2017 revenue multiple is 5.7x.  Median revenue growth rate is 17%, gross margin is 73% and median retention rate is 97%.    The majority of publicly traded SaaS companies now generate free cash flow, however, the metric is not materially weighted for valuation purposes given the heavier emphasis placed on revenue growth and customer retention.

There are an estimated 10,000 private SaaS companies, the vast majority of which are early stage generating less than $3 million in annual revenue.  Entrepreneurs, both technical and non-technical seek to automate the wide variety of still manual or inefficient activities of a business.  Moreover, the lure of high-profile SaaS success stories such as those of the public companies listed above, is hard to resist.  The cost of starting a SaaS company continues to decline while the speed of product development and pace of continuous product improvement has increased markedly.  SaaS entrepreneurs can now spend more time on business tactics such as sales and marketing execution and customer retention.

SaaS companies address a range of different needs for businesses around the world.  SaaS solutions can be either horizontal or vertical.  Simply put, a horizontal offering is one that can be used by businesses across sectors - healthcare, retail, consumer products, financial services, technology, among others.  Some examples of the most common horizontal SaaS applications include:

In contrast, vertical SaaS solutions address specific sectors and aim to provide a suite of tools for businesses in those sectors.  Examples include:

Meanwhile, private capital firms (venture capital, growth equity, and private equity) play a critical role in the development of the SaaS Industry.  They are flush with capital actively seeking investment opportunities in proven SaaS companies that are growing quickly and likely to represent attractive acquisition targets for larger software corporations or other private equity firms in the next several years.

Venture capital firms such as Bessemer Venture Partners and Andreessen Horowitz invest in early stage SaaS companies that have high growth rates and the potential to be break out successes.  It is not uncommon for venture capital firms to have in their portfolio two successful investment for every eight failures.  The returns made from those two investments more than compensate for the eight failures.

Growth equity firms such as Summit Partners or TA Associates invest in later stage or growth stage SaaS companies that have a proven track record and more predictable path ahead.  Each investment in the portfolio of a growth equity fund is expected to return anywhere from 3x to 5x capital invested.  Capital is typically used to fund sales and marketing expenses and in some cases provide liquidity to founders and early shareholders.

Private equity firms such as Vista Equity Partners or Francisco Partners invest in more mature SaaS companies that have achieved large scale and have sustained growth, typically while operating profitably.  Their goals are typically to further improve margins through operational improvements or acquire companies that bring revenue and/or cost synergies.  Each investment in the portfolio of a private equity firm is anticipated to make a return which yields an IRR of 20 to 30%.

Each of these key metrics could be described and explained in the context of SaaS in great detail.  By and large, there are certain thresholds on each metric that investors consider to determine the attractiveness of the SaaS company.   Revenue size and growth rate in combination with customer retention and margins are perhaps the most indicative of future potential. 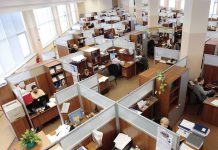 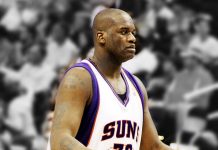 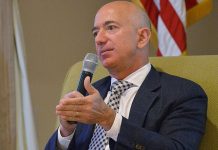 The Curious Evolution of Jeff Bezos 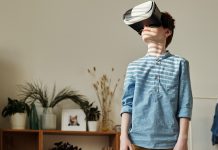 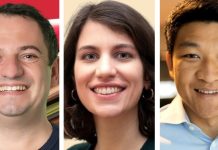 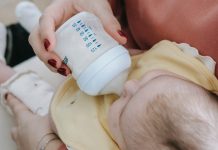 How Government Policies Have Contributed to the Baby Formula Shortage 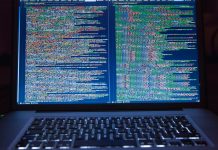 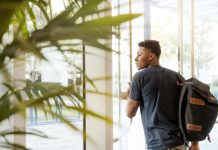 Why Are Men Disappearing From Colleges?